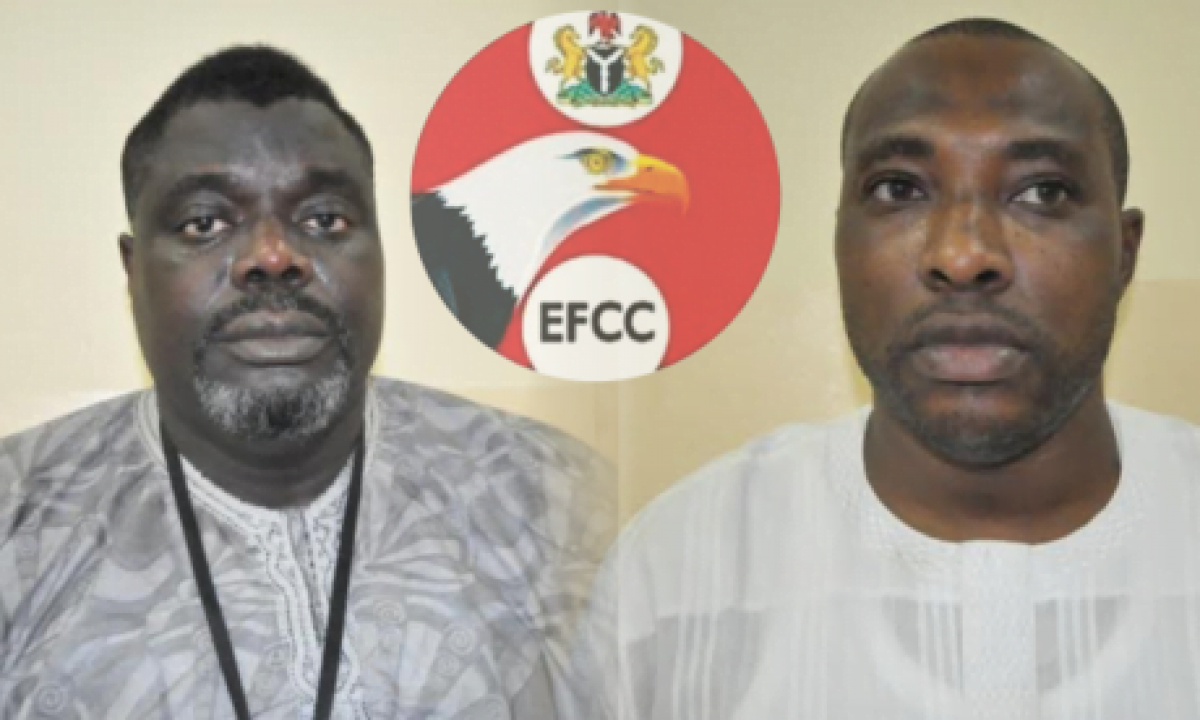 The Ilorin Zonal Command of the Economic and Financial Crimes Commission, EFCC, on Monday, November 22, 2021 re-arraigned the duo of Ope Saraki, a cousin to former Senate President, Dr. Bukola Saraki, and a former Commissioner for Information in Kwara State, Olatunji Oyeyemi Moronfoye, on charges bordering on abuse of office, diversion of public funds and money laundering.

The duo were re-arraigned on separate charges before Justice Muhammed Sani of the Federal High Court, Ilorin.
The case, which first started on May 13, 2015 before Justice A. O. Faji of the Federal High Court, Ilorin has suffered series of setbacks occasioned by transfer of the trial judges.
Ope Saraki, while being the Senior Special Assistant on Millennium Development Goals, MDGs, allegedly received a cash payment of N11,180,000.00 (Eleven Million, One Hundred and Eighty Thousand Naira) from one Kunle Adimula, a sum which exceeded the cash amount payable to an individual and thereby committed an offence contrary to Section 1(a) and 16(1) (d) of the Money Laundering (Prohibition) Act, 2011 (as amended) and punishable under Section 16(2) (b) of the same Act.
Similarly, Moronfoye while being the Special Adviser on Millennium Development Goals, MDGs, allegedly committed procurement fraud by means of unlawful influence in the award of two contracts involving renovation of Ijagbo Primary Health Centre and supply of medical equipment to two hospitals in Kwara State. The alleged offence contravenes Section 58(4) and punishable under Section 58(5)(a) and (b) of the Public Procurement Act 2007.
The two defendants pleaded not guilty when the charges were read to them.
Following their pleas, counsel to the EFCC, Sesan Ola, urged the court to fix a date for trial and remand the defendants in the custody of the Nigerian Correctional Service pending trial.
But, Sulyman Abaya and Joshua Olatoke, SAN, representing Ope Saraki and Moronfoye urged the court to allow their clients to continue with the terms and conditions of the bail earlier granted them by the court.
Justice Sani after listening to the submissions by counsel admitted the defendants to bail on the terms earlier granted them by the first trial judge.
Justice Faji had on May 13, 2015 admitted Moronfoye and Saraki to bail in the sum of N50million and two sureties in like sum. The sureties must produce “Certificate of Occupancy” of landed property within urban area of Ilorin and must swear to affidavit of means. The sureties must also produce evidence of tax payment for three years. The accused persons must be reporting to EFCC Head Office, Abuja every three weeks and must notify EFCC whenever they intend to travel.
Justice Sani has adjourned to February 16, 2022 for commencement of trial for Ope Saraki and February 22, 2022 for Moronfoye.
Share 0 FacebookTwitterPinterestLinkedinRedditWhatsappTelegram
previous post